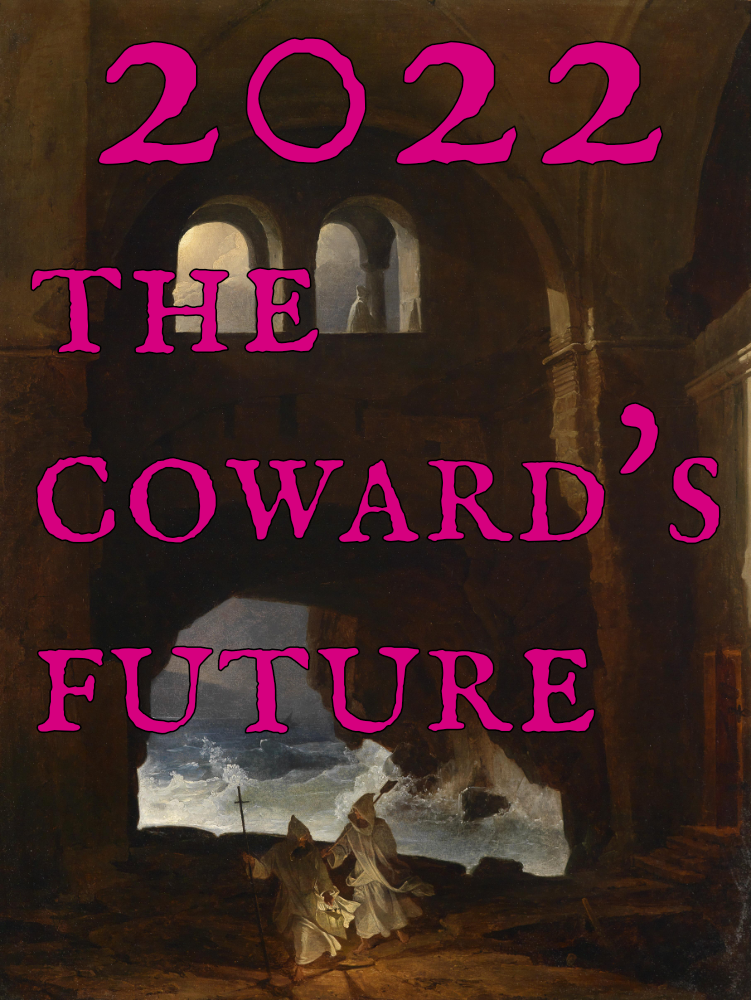 2020 and 2021 have been years unlike any other. Years that pushed and challenged us all. We don’t need to explain. What we are going to explain is how this influenced the Sealed Library and what lies ahead in 2022. Goals. Dreams? VENAL DESIRES.

We’ll start with some guiding ideas we’ve been mulling. These will probably change and they 100% represent current thinking, not conclusions we’ll stand by resolutely. We’re grappling with these ourselves and we’re up for hearing what you think. However, if you think we’re being dogmatic or even didactic, stop.

What form this will take as real world behaviours is yet to be seen or decided. Share your ideas, yeah?

RPGs are a tiny hobby. Our YouTube channels are smaller than ambient music for birds. Our Patreons are smaller than those that search out the original vehicles from Knight Rider. We’re a niche within a niche, and there’s an elephant stuffed in the niche.

At the same time, RPGs offer experiences that would appear to vast numbers of people who have no idea they exist. Fanfic writers. Video gamers. Horror fans. Authors. Scout troops. Huge swathes of people who don’t know what RPGs are or have a narrow idea of what they are.

We want to do new things that will bring new people into RPGs. Totally new people with little idea of what RPGs are. Try to get them to discover something new without having to go via any Lost Mines. We want to do this on a local scale. Paninis keep getting in the way though.

We just said narrow. RPGs are still narrow in what they do, and narrower still in what most people are aware of. Most people envision a wizard, a thief, and a fighter battling goblins and dragons. WTF. Those things are RPGs, but they aren’t central to what makes an RPG an RPG.

Some might argue that even if what RPGs are now is a well rather than a lake, at least a well is deep. We disagree. The dungeon crawling RPG still lives mostly in the shadow of the wargame. It reveres simulation. We know much that is different exists, but it does not exist in the mind of those who have never played an RPG. It doesn’t exist in the mind of most players at the small FLGS.

The average FLGS is in a sad state. Its lifeblood is taken from a small pool of companies that have far more power over the FLGS’ form than its owner. They’re beholden to an oligopoly and its products. Sadly, many are not inclusives spaces. Few put the work in to act as ambassadors for what the hobby can be. Few are able to.

We have a tiny number of giant entities who get to define what the tabletop games space is. Competing with them in their space is not a level playing field. Fighting with global corporations for space in their world is fighting for scraps from the table.

We want to build our own spaces, lift up the other crabs in the bucket, and not even pay attention to what the big bois are up to. There is more than enough room for games to grow in a way that doesn’t mean fighting WhutSee for cash.

At the tail end of this year, crowdfunding changed in ways that still have unclear consequences. The big platform many of us had become reliant on pulled the rug from under us by doing something shitty. This is a lesson that relying on a big platform is undesirable. When they change for the worse, you are left stranded.

We want to reduce our reliance on large platforms. Perhaps paradoxically this takes two forms. Eliminating platforms, and diversifying platforms. We want to move away from platforms that do things we object to morally or shore up the status quo. We don’t want to move to new single points of failure. What will this look like? How achievable is it?

What a load of indulgent waffle. Let’s talk about some stuff we’re going to release. Wait, don’t say going to, then we’ve promised to do something. Say might consider releasing in an undetermined state of completeness. Also, this is far from in chronological order.

The Ballad of Johnny Candlefingers is a pointcrawl murder ballad adventure about trying to find a burn who burns everything he touches to the ground.

The Knight Who Was Doomed And Also Clockwork is a fairytale pointcrawl about solving problems without swords and sorcery.

The Grave King is a tourist information centre in-world object as adventure featuring more undead than you can shake a sharpened femur at.

We announced Labyrinthine Ossuary a few months ago and that’ll be coming. It’s a Mörk Borg meets Wretched & Alone game about exploring a giant ossuary. It likely won’t end well. The goal here is to flesh out what Wretched & Alone does and put it in a space closer to many solo RPG systems. Highlight its differences by giving it more similarities. To offer a W&A experience to the solo dungeon crawling crowd.

We’ve also got plans for a Historical W&A Game set during a siege. The angle with this is make W&A games more explicitly educational by using them to explore a specific set of historical events and create a two way relationship between doing some historical research and creating a new source as a lens on those events.

There’s also a W&A Megagame in early stages of design. This will be intended for multiplayer, and potentially work at far higher playercounts than RPGs usually do, let alone W&A games. This one is very nascent, but we’d be lying if we said this didn’t start at trying to push the boundaries of what W&A is.

We released Have You Heard About the Beast? and We Sail Beyond over the past couple of years and both decentralise generation of game content amongst all the players. The other common thread is they take the traditional ‘you meet in a tavern’ and try to do something new with it. There will be a third one, for creating characters and NPCs. We want to offer tools to create almost all of what you need to run a campaign in the format.

We’ve got ideas for how to build on what we’ve done so far, but we’re not quite ready to reveal those yet.

Oh, and we’ve got a blog now. There will be more indulgent waffle.