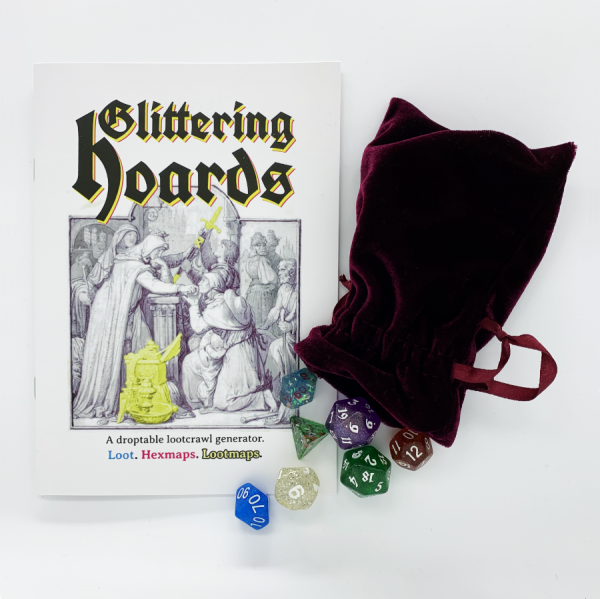 Glittering Hoards is a simple method for generating colossal hoards of loot. Hoards it would take a thousand adventurers a thousand days to transport away. The kind anyone finding it will barely even scratch the surface of.

It is designed to allow you to simply generate hoards, the places they are kept, and encounters within them. As is traditional, this process is centred on the GM for the most part. We have also included tools for centring this process on the players at each stage and we encourage experimentation with these.

To do this, you populate a 6×6 hexmap with a mix of encounters and loot. This can be the GM in their prep, or everyone as a group at the table.

It can be randomly rolled using the provided tables, your own ideas, or a mix. You can generate and play through a simple one shot. All you need is some paper with hexes, a pencil, and a handful of D6s (36 for the provided hexmap).

Glittering Hoards ships as a zine and two hexmap postcards.